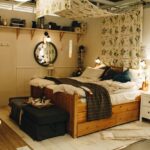 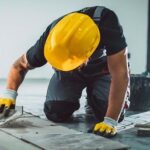 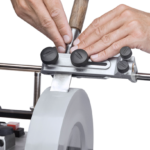 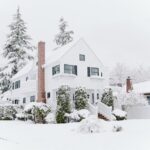 Bed bugs can be notoriously hard to find and get rid of, especially if you live in a densely populated area. However, a vigilant homeowner or renter can recognize the early signs of an infestation. Knowing what to look for is one of the best ways to protect yourself from these pests before they can cause any damage and acting quickly by contacting local pest controllers.

Bed bugs emit certain odours that may smell slightly sweet or musty, depending on the person. These smells are produced as a response to being bothered or threatened and get worse with a more severe infestation. Odour is typically the least reliable sign of bed bugs because it’s faint, and people aren’t familiar with the scent. However, if you’ve ruled out other potential causes for the musty smell, it could be an indication of bed bugs.

Bed bug infestations often go unnoticed until they’ve reached a point where the smell of pheromones, dead bed bugs, and their excrement is strong enough to be noticed. If you notice a musty, raspberry-like smell in your bedroom with no obvious source, it could be an early sign of bed bugs.

Bed bug bites are small, red welts that appear in clusters or lines on the Skin. They’re often compared to mosquito bites, but a few key features can distinguish them. Bed bug bites are typically found on the face, neck, arms, and hands—exposed areas of skin that are easy for the bugs to access while you’re asleep.

The bites are usually painless at first, but they can become itchy and inflamed within a few hours. Some people develop an allergic reaction to the bites, which can cause more severe symptoms like swelling and hives.

Bed bugs are tiny, blood-sucking insects that often go undetected. Even though they don’t usually cause death when they feed on us, their bites can still leave behind red or rust-coloured stains. These stains are a result of either the bed bug getting crushed while feeding or from their saliva, which contains an anticoagulant. If you suspect you have bed bugs, check for these stains on your sheets, clothes, or pillow. Bites from bed bugs can also cause bleeding. If you see any unexplained bloodstains, it’s possible that they came from a bed bug.

As bed bugs grow, they shed their Skin—a process called moulting. This leaves behind small, white shells that look a bit like eggshells. If you find these shells in your bedding or on your furniture, it’s a good indicator that you have bed bugs. However, it’s important to note that not all types of insects shed their skin, so be sure to properly identify the shells before concluding that you have an infestation. If you have bed bugs, call a local pest exterminator.

Natural pest control is the ultimate wish of every homeowner, but it is not as easy as it seems. One needs to be very concerned in terms of the cleanliness of the house in order to make sure the house doesn’t have the presence of pests at all. However, there are plenty of tips and […]